The Occuria are the race of beings that have watched over Ivalice since time immemorial, and guided the course of its history to suit their desires. They appear in the game as a collective, headed by one called Gerun; an Occurian called Venat works alongside the Archadian Empire in order to wrest control from the Occurians and into the hands of mankind. Venat is branded a heretic by the other Occurians, and they choose the Princess Ashe as the next successor of the nethicite, bidding her to strike down the Archadians with its power.

While the Occurians are introduced late in the game, Venat’s presence at least is alluded to much earlier — an odd shape appears in the Henne Mines when Mjrn is possessed, and again at Mt. Bur-Omisace when Judge Bergan attacks. Venat’s usual companion, however, is Dr. Cid. Cid frequently talks to Venat, who, it is revealed late in the game, has literally been at his side listening and responding unseen for the majority of the game. Cid wasn’t mad, he was simply overdramatic. At the Pharos, Venat protects Cid when Gabranth turns on him; when Cid falls to the party, Venat tells him it was a pleasure to work with him.

During the final battle with Vayne, after Vayne’s second form is defeated, Venat goes to him. Vayne apologizes, saying that he wasn’t able to become the next Dynast-King and to find another, but Venat tells him that the world has been freed from the Occuria with the Sun-cryst destroyed. The two merge, becoming the Undying, but are taken down by the party.

As far as mysterious deities go, I have to say the Occuria are pretty damn cool. Honestly the scene with the Occuria and Ashe is one of my favorites in the game; it really brings the whole plot together and also cements Ashe’s character arc.

I like Venat for the most part, though as I mentioned over here I don’t think the connection with Vayne is developed as well as the one with Cid is. I do understand the need to keep it in the bag until Venat is revealed, but I think just a little more between them would have gone a long way.

I love the design of the Occuria, by the way, it’s really cool and really emphasizes how otherworldly and powerful they are. Love the voicework for them, too. Fun fact: the Occuria were apparently originally going to look like mindflayers. 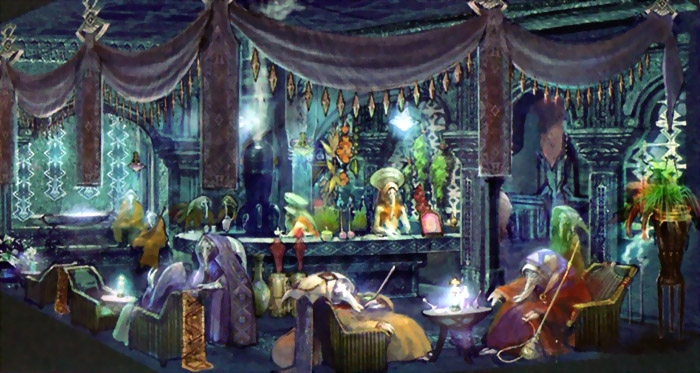 Thank heavens they didn’t go that route, I never would have been able to take them seriously.